Being vigilant is tiring.  It is continuous and laborious, requires patience and the mental capacity to seek out information, comprehend that information and then reason a conclusion.  But I can sleep away the tiredness, I can relax away the frustration and mental strain.  What I cannot do is breathe life back into a fallen soldier or wipe away the blood stain of tyranny.  I would rather struggle to string together the right words to bring shape to my ideas, read pages of text and debate thousands of people than spill blood to retake our lost freedom.

Vigilance is a task not for the faint of heart, but should not be one left for the few – this is the duty of all free people.  A duty to not only secure the blessings of freedom for ourselves, but to ensure our posterity the same freedom of choice.

#bevigilantbefree
Posted by Be Vigilant. Be Free. at 12:27 PM No comments:

For example, a baby cries when she is in discomfort, it is a one way exchange of a feeling but not a conversation.  This is the situation we see as students shout demands about their feelings of discomfort, a la, safe zones against macroaggression or how to dress for Halloween.  For these students, feelings substitutes for fact, discourse and conclusion.  Their feeling is absolute and is the end of conversation, not the beginning.  Thus, there has been a death of conversation in that only one person shouting or making a demand on another is necessary.

But good society requires good discourse; without discourse what good is society?  Good discourse begins with critical thinking, identifying sources of fact then agreeing on a set of facts.  With a set of common facts, good discourse can critically explore good policy – and the perspectives on what makes good policy can differ greatly.  But it is the differences, when honestly debated, which can produce exceptional results.  Case and point, the Constitution of the United States!

Let us resurrect conversation, and in turn, be vigilant and be free.
Posted by Be Vigilant. Be Free. at 1:21 PM No comments:

Stand Together to Fight, Not Weep 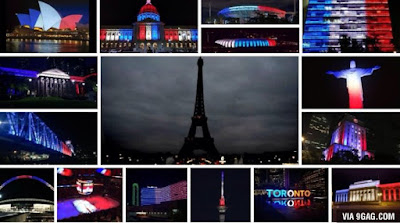 Countries around the world turned their lights on when Paris turned the Eiffel Tower lights off, in a show of support for the tragedy that had struck that great city.  This is an incredible show of unity in the fight against terrorism, but this is symbolism and not action.

We stand in solidarity with the French, but we must ask: how can this happen? Why is not the world doing more than condemnation, but eradication?  We should hunt the terrorist, find them and bring them to justice.  Why should a band of some 30,000 people (by some estimates) have a power over the free world – how is it not possible for the world to stop this small band of people? 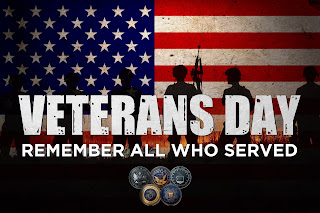 For those that have paid the ultimate sacrifice to secure the blessings of liberty for ourselves and our posterity, we give the utmost thanks.  I am humbled to be protected by such incredible men and women who love this country and serve in our armed forces.

To those who have served, currently are serving, and those that will serve in the future - near or far - you have the respect and love of the American people. 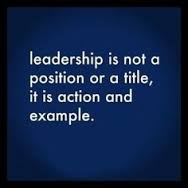 Everyone has to lead.

A democratic republic needs the cornerstone of virtue to flourish. It is not enough for one person to have virtue, society as a whole must be virtuous.

An Idea Can Change the World

For those of you that are fans of the movie V for Vendetta, the fifth of November is a day to remember, and certainly the gunpowder treason should not be forgot.

Let the man behind the mask fall away, as he is nothing more than flesh.  Let the idea behind the mask prevail and resonate with you.  Liberty is most precious, and tyranny its antithesis now stands an ever growing foe.  But Liberty is not given, we must take it. 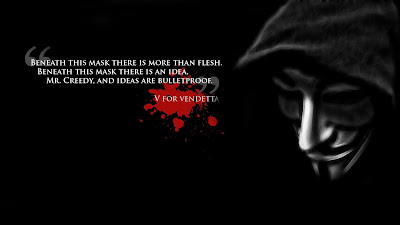 Neither Presidential nor a Debate

Where do we start? From the fantasy football question to personal attacks by the media moderators of the candidates, how do we term the Republican Presidential “debate” this week in any other phrase than the Urinary Olympics?  It is quite apparent that this debate and those before it are nothing more than a podium for candidates to spout-off campaign slogans and for the media to hurl bias questions.  Even if the question are fair and thoughtful, the most skillful orator with superior intellect would be hard pressed to answer questions of national and international complexity in a sound bite of 30 seconds.

Does anyone have a sound view to know how Donald Trump would govern other than “amazing”?  Marco Rubio is smart, but his leadership on immigration reform failed, what has he learned and how would that influence his governance?  Ben Carson and Carly Fiorina lack any governmental experience, how will they manage a highly contentious environment in D.C.?  These are just some questions that cannot be answered in one minute.  The questions of critical substance of national security, tax, economy, deficit, debt and entitlements must compete against media “darling” questions of abortion, gay rights and gun control that are a distraction to the substantial questions where the nation’s fate hangs in the balance.

CNBC took the farce of the debates to a new level this week, which speaks volumes to why the public does not trust the media, as well as, serves as Exhibit A for the need for each of us to be vigilant.  If we do not demand better as a public and seek out other sources of information to get the whole story, we are left with politicians who pander and a media who plays to their prejudices in a circus like showcase.
Posted by Be Vigilant. Be Free. at 1:38 PM No comments: