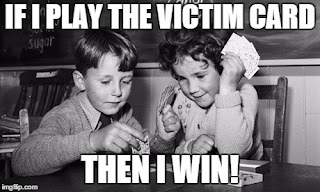 There seems to be a perception in society today that you must be damaged – you must be a victim in some way - otherwise you are an oppressor.  It is almost looked down upon to be a child who is part of a conventional family, raised by a loving mother and father who are still married, and has been fortunate to receive a good education and opportunities.

In the 1950’s people strove to achieve the American dream, which many perceived to encompass getting married, starting a family, buying a home and having a steady job.  People who took risks and achieved success where held in esteem.  Happiness was left to each individual’s choice, be it truck driver, doctor, entrepreneur or engineer.

The 1950’s version of the American dream is now depicted by some as that of racist white privilege that should be replaced by victim-hood.  Pity transcends pride and retribution for the past wrongs replaces individual achievement.

Why is it that when you achieve success that had its roots from love, family and opportunity that you should be discontent?  That somehow your success was only made possible on the backs of the oppressed.

Despite much political rhetoric to the contrary, America is still the most open, tolerant, fair, free and prosperous nation on the planet and in all of recorded history.  Let us reject the voices that declare victory for victim-hood and rejoice that, today, we still can dream our tomorrow and make it a reality.
Posted by Be Vigilant. Be Free. at 10:46 AM No comments:

There is a consensus that monopolies are bad, but why?  Because it limits choice, inflates prices, depresses wages and, most important, it operates against the foundation of a free society: you get only that which the monopoly decides to give you.  Ergo, we have anti-trust laws that are intended to limit the consolidation in an industry so that there is sufficient competition to assure free and healthy markets. So if monopolies are “bad” then why does government create or support monopolies?

The fact is, the government neither likes nor understands free markets or competition because the government is itself a monopoly.  It is far more difficult for government to regulate a myriad of free market competing companies than one or a few dominant companies.

Let’s look at two examples of industries targeted by the government.  First, the financial sector.  Prior to the 2008 recession, the five largest banks had assets equal to 43% of the GDP, but five years later these banks assets grew to 56% (source: Bloomberg).  This despite the declaration by President Obama to eliminate the danger posed by financial institutions that are “too big to fail.”  Government forced consolidations and expanded regulations so that the largest banks grew larger and, with it, consumers have seen less choice and access to credit.

Next, the healthcare market.  The government today controls the healthcare payer and provider markets as it accounts for some 50% of the entire industry.  Therefore, government either directly or indirectly controls healthcare.  Under the Patient Protection And Affordable Care Act (a.k.a. ObamaCare) healthcare premiums have risen by double digits, consumers have limited doctor networks and many consumers are being forced into health insurance they neither want nor can afford.  The monopoly concept of one-size-fits-all is in plain sight with government mandates for maternity coverage – even if you are an 88 year old women.  Or consider the VA, which at one time President Obama touted as the model for universal healthcare.  Here veterans are literally dying while waiting to see a physician.

Government has vital a role to play in free-markets, but when government takes too large a role then we get what we have had for the past six years – slow growth and high unemployment and under-employment.
Posted by Be Vigilant. Be Free. at 10:47 AM No comments:

3 Reasons Why You Won't Have a Job When You Graduate 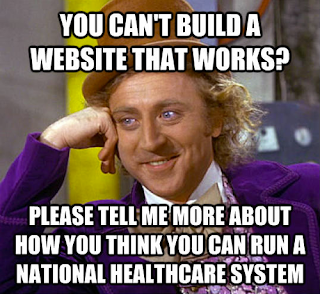 Let’s be real, you wanted to party – but hey, memories are priceless 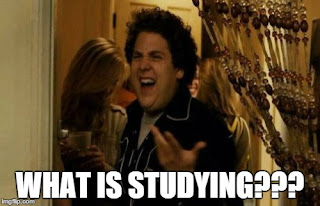 But if you are lucky enough to get a job, guess what? You’re living at home thanks to crushing debt – you can thank government Intervention on Student Loans

You did the responsible thing and took out student loans to go to college, but did you realize how high your interest rate was?  Government intervention on student loans has driven up interest rates and you are now left trying to find a job that will at least cover your monthly payment, but jokes on you because the salary you need isn’t attainable at that entry level position you are most likely to get since you couldn’t get the work experience during college. 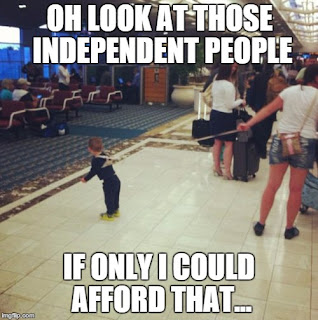 What Is A Hero?

Donald Trump launched one of his grenades this weekend when he said that Senator John McCain (R-Arizona) was not a war hero.  That got us thinking as to what is the definition of a hero?  My father, who is of the Baby-Boomer generation, saw a hero as someone who goes beyond the normal course of duty to do something exceptional.  I, of the Millennial generation, perceive a hero as someone who when confronted in an extraordinary situation controls his fears and responds.

Is McCain a hero because served his country or survived being a POW?  What do you think a hero is?  Let’s have a discussion…
Posted by Be Vigilant. Be Free. at 3:33 PM No comments:

1. When you hear another candidate has entered the Republican Presidential race 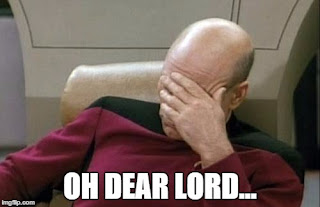 2. When you find out that the new candidate is Donald Trump 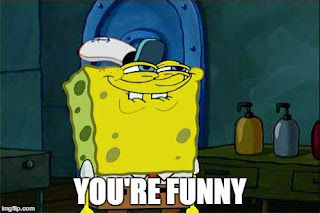 3. When you realize that this is actually NOT a joke 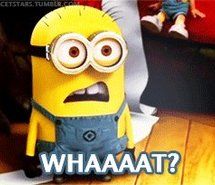 4. When you decide to just accept Trump's Presidential bid 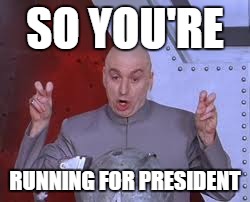 Oh, and did you know Bernie Sanders is running against Hillary Clinton for the Democrat bid? 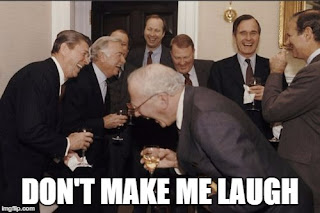 This Sunday’s blog comes with a special feature from our YouTube channel MyGeneration where host, Megan Zwerling, sits with a friend, Blake Myers, to discuss politics.  Blake is a student at UCLA majoring in political science and part of NROTC.  His views are interesting and the talks reflect sentiments of many Millennials, of which are poised to potentially have a large impact on the 2016 presidential election.

Political dialogue is best when differing perspectives engage in honest conversation and both sides listen.  Take a look at Episode 3 of MyGeneration and comment below or on our YouTube channel about your positions on the various questions we explored.

Government Grants You No Rights 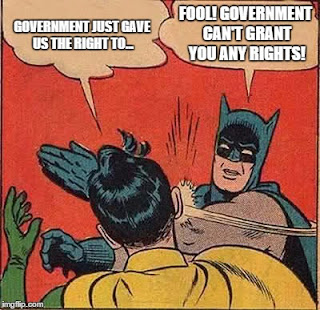 Most Americans think the government grants rights to the people.  In our book Vigilance The Price of Liberty our survey asked what rights are granted by the Constitution?  Responses included the right of speech and religion.  But the Constitution grants no rights.  Surprised?  For example the often misquoted 1st Amendment is referred to as the right of freedom of speech but this Amendment actually reads “Congress shall pass no law . . . abridging the freedom of speech”.  Notice it grants no right to speech but protects the right of speech from . . . the government taking such right from the people.

The Constitution is a simple document and, in essence, there are 18 sentences that define the power of government.  The problem is that we have not read the Constitution so politicians take all they can get away with.  This has led to the unchecked expansion of government and the unsustainable accumulation of debt and liabilities.

Vigilance The Price of Liberty provides a working knowledge of the Constitution and you can find links to the Constitution as well as other important documents on our website www.usvigilance.com as well as buy our book and join the march to “Be Vigilant Be Free”.
Posted by Be Vigilant. Be Free. at 12:17 PM No comments:

The Declaration of Independence 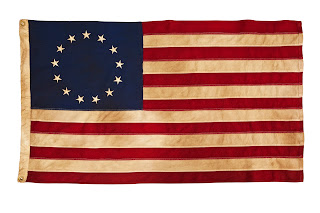 In celebration of this Independence Day, July 4, 2015, we thought it well to share the original text of the Declaration of Independence to remind us of what we fought for and the 56 men who staked “our Lives, our Fortunes and sacred Honor.” 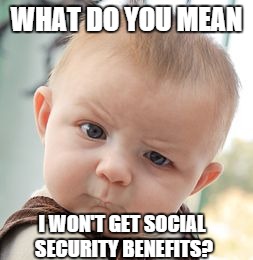 Setting aside the constitutionality of Social Security and political ideology, let us draw our attention to the fact that under the law of Social Security the federal government has no legal authority to pay any Social Security benefits if it cannot afford to do so.  Let me rephrase: when, not if, the federal government can no longer pay Social Security benefits, then those who have been forced to pay into the system for their working life will not receive their money back.  In our book, Vigilance The Price of Liberty, we explain this issue of the unsustainability of government entitlement programs in an effort to promote honest and non-partisan debate of the issue.
Posted by Be Vigilant. Be Free. at 6:21 PM No comments: